Hardpoints - points on models which are starting points for:
You will need: 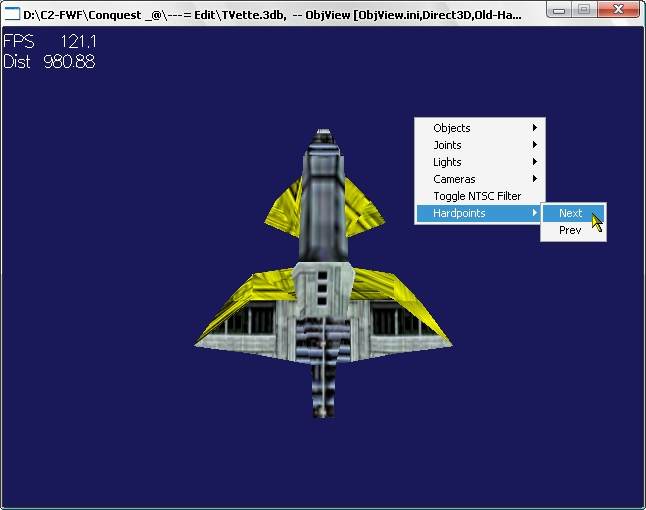 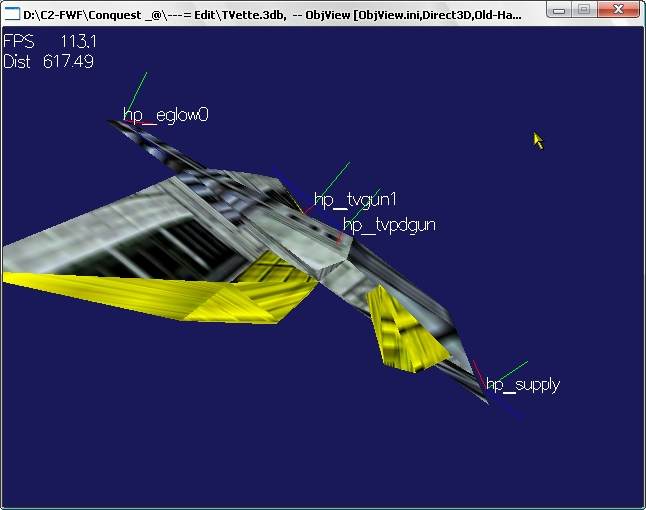 Comparison, it is possible to add as many hardpoints as you like: 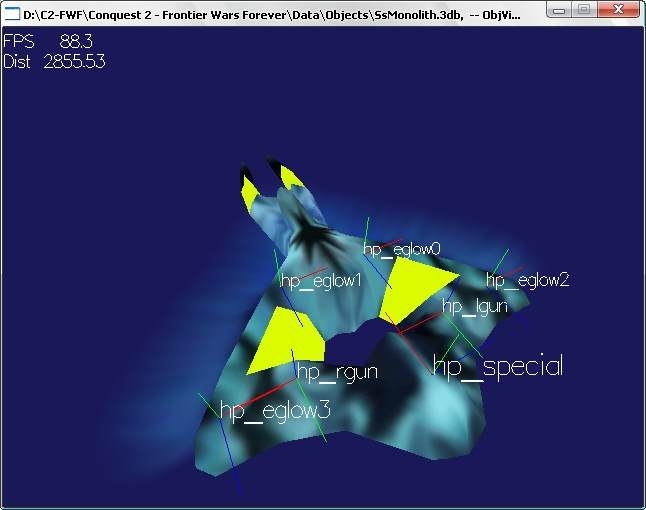 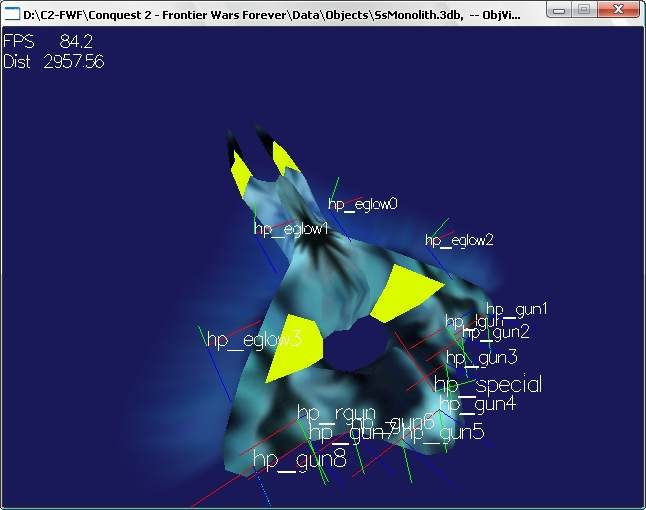 UTF Editor.exe, the hardpoints of the Corvette, note: if your making a model from scratch you need to add the Hardpoints node by clicking Add Node and adding as many as necessary: 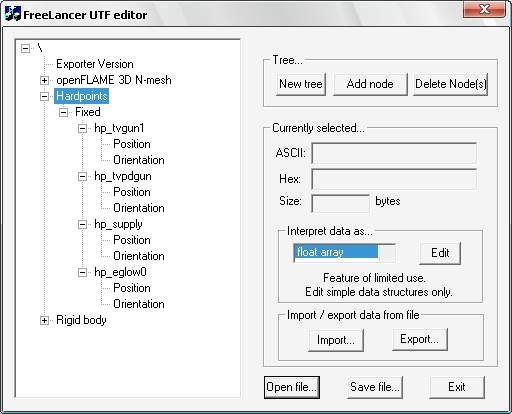 1. Coordinates of the hardpoints in UTF Editor.exe: 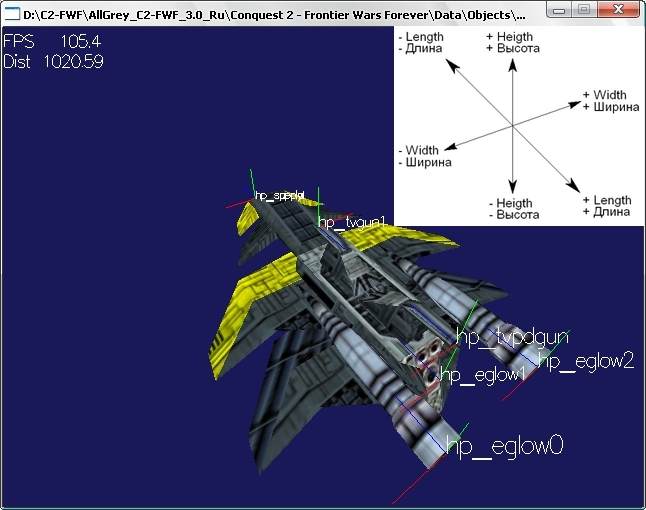 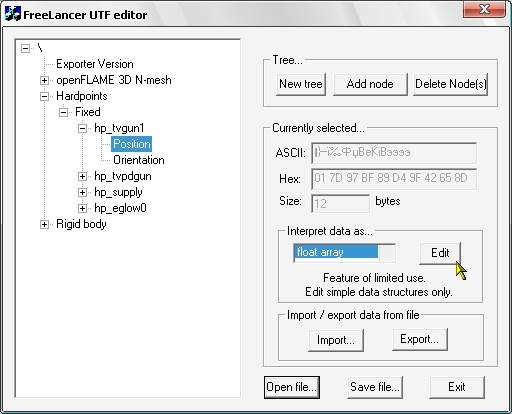 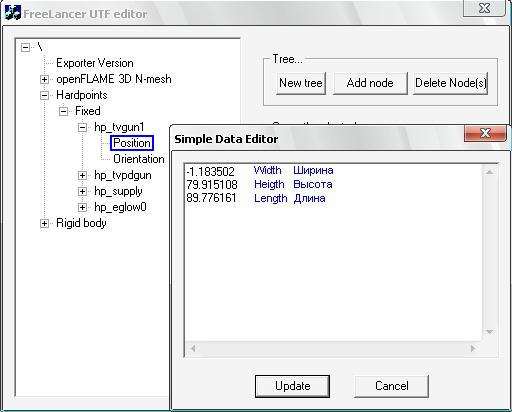 Note: it is best to get the "Orientation" parameter from existing models

It is basically the same as the one shown in this tutorial, but it has some cool new features such as multiple windows inside the program which makes comparing files easier: 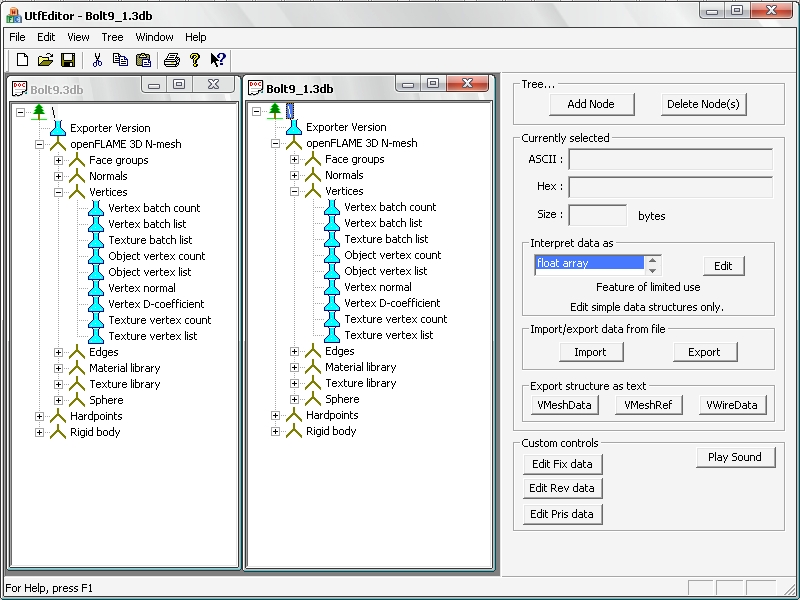